A hugely popular all-inclusive holiday destination for many holidaymakers, Coral Sea Waterworld Resort Resort in Sharm el Sheikh offers a family holiday experience complete with water slides, restaurants and relaxing bars. Unfortunately for many visitors it also offers a variety of illnesses that can ruin a well-deserved holiday.

Sickholiday.com have dealt with 85 cases of reported food poisoning at the Coral Sea Waterworld Resort Hotel.

Various forms of food poisoning have been reported at Coral Sea Waterworld Resort Resort.  Some of the cases were so serious the holidaymakers were forced to remain in their hotel rooms on IV drips.  Unclean utensils and generally poor hygiene standards were discovered to be some of the causes. Others included cases of faecal contamination in swimming pools and undercooked buffet food.

Shigella, a form of food poisoning has been found to be the most frequently reported illness, which is caused by contact with contaminated food and water.

Whilst staying in Coral Sea Waterworld Resort Resort is important to follow these guidelines to reduce the risk of food poisoning:

If you have fallen ill whilst on an all-inclusive holiday to the Coral Sea Waterworld Resort Resort,  get in touch with a member of our team. We have over 10 years industry experience and we will be happy to help you through the process of claiming back the cost of your holiday plus any additional compensation you may be owed.

“FOOD SERVED UNDER COOKED AND LEFT OUT” 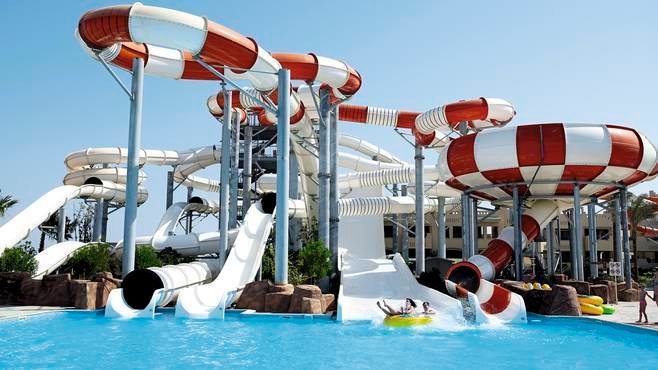 Mrs W described the food at Coral Sea Waterworld Resort Resort to Sickholiday.com as reheated, left out for long periods of time, luke warm and under cooked.  Black hair was also reported to have been found in some of the food.   Mrs W was ill for over a week with symptoms such as stomach cramps, severe diarrhoea, vomiting and a high temperature.  When she  visited the resorts pharmacy she was provided with some medication.  However, after 2 days she stopped taking them as they were ineffective.

Mrs W visited her GP on her return to the UK and provided a stool sample and was positively diagnosed with Salmonella. Sickholiday.com have over 10 years of industry experience dealing with cases of this nature, and were happy to help Mrs S successfully claim for her ruined holiday.

AFTER VISITING THE CORAL SEA WATERWORLD

“HER HAIR BEGAN TO FALL OUT AND SHE SUFFERED HALLUCINATIONS”

[/ezcol_1third] [ezcol_1third]After dinning in the Coral Sea Waterworld Resort for only 2 days Mrs M experienced symptoms of food poisoning such as nausea and diarrhoea. Mrs M visited the hotel pharmacy and was provided with medication. However she very quickly stopped taking this medication as it reportedly gave her hallucinations.  Mrs M did not leave her room for the remainder of the holiday, and therefore was unable to attend an excursion she had saved up for (a trip to Cairo to see the pyramids) so therefore lost out on £220.00.  Mrs M’s illness lasted for 9 weeks. [/ezcol_1third] [ezcol_1third_end]After returning to the UK, visiting her GP and providing a stool sample, Mrs M was diagnosed with Shigella Sonnei.  She then developed Pernicious Anemia. This is a condition caused by too little vitamin B12 in the body, which causes the body to not make enough healthy red blood cells.  Fatigue occurs because your body does not have enough red blood cells to carry oxygen to its various parts.  Mrs M’s hair began to fall out and she must now have injections of vitamin B12 for the foreseeable future. [/ezcol_1third_end]

“We have just come back from a week at this hotel, and we would never return! The restaurant had flies swarming around us whilst we tried to eat.  The main restaurant gave me an awful tummy upset, and I had to pay £15 for medication.  The hotel are were no help despite their disgusting food that caused it!”

“I had food positioning and was ill all week.   My 5 year old was vomiting for the entire final night and also suffered with bad diarrhoea.  My son is now in hospital on a drip. Avoid this hotel, it wasn’t a holiday, it was a week of hell.”